Unforgettable Writing: Use all 5 Senses to Add Emotion

The other day I finished a book and when my husband asked if it was good, my answer was a rather drawn out, “Yeeaaahhhh.” The story was interesting and the author had a pleasant, easy style. She’d done a nice job of showing me what the rooms looked like, what the characters were wearing, what the car looked like … you get the picture.

And that’s exactly what it was—a nice picture.

But that’s all it was.

That nice picture was behind a glass wall. As a reader, I was left admiring the world the author so carefully created from the outside. So “yeeaaahhhh” it was good but it’ll go in the read and forgotten pile.

That’s not the pile you want your books to go in.

What can you do to make sure your book doesn’t end up there? Don’t just paint a nice visual picture, use all 5 senses.

Sight
I know, I know, as a good writing soldier you’ve been holding tight to the “show, don’t tell” rule. And writing is, after all, about drawing a visual picture. So yes, you’ll still be writing mostly visual descriptions. But, make sure every word counts. Include only what strengthens the image and look for fresh ways to describe things.

Now put yourself in the scene. What can you show your reader that’s beyond the obvious?

Sound
Think about the last movie or TV program you watched. It had a soundtrack, right? Characters were talking to each other, music during key scenes, the revving of a car engine, the ringing of a phone. Obvious sounds.

When writing, you have to put those sounds into words. Your reader needs to hear what your characters are experiencing.

Then there’s the unexpected. Those are the details that will make your reader catch her/his breath and will linger in their minds long after they’re done reading.

Taste
No “my dog ate my manuscript” jokes here. In real life, you’re constantly tasting something so why aren’t your characters?

Don’t stop with the obvious. 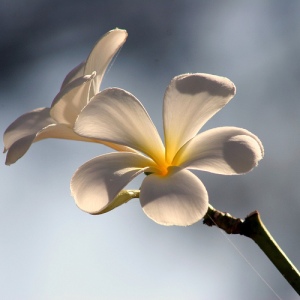 Touch
Okay fess up, do you touch a flower petal to see what it feels like? Or run your fingers along a brick wall? What about stroking the leather of a couch? If a friend has a new sweater, do you reach out to see if it’s soft as you’re oooing and ahhhing?

There are times, though when it’s not as much what the character is touching but the act of the touch itself.

Smell
Smell is an incredibly powerful sense. It’s probably the most nostalgic of the senses, which makes it the ideal tool for flashbacks.

It’s also a fabulous way to suck your reader into a scene.

Take a few minutes as you’re sitting in your house or walking down the street or in the grocery and really pay attention to what’s around you (without getting arrested, please).

Imagine writing using different senses. Instead of telling your reader that the lettuce was next to the cucumbers and there was a squashed tomato in the middle of the aisle, how could you write that using taste or smell?

Now go back to your manuscript and think about pushing that glass wall aside. Invite your reader in, let her/him enjoy the smells, sounds, tastes that your character experiences.

If you need a little extra inspiration with sense words, click here for a nice starter  list.

Do you uses all the senses in your writing? Pick one of the five senses and share a sentence or two from your work in progress.

This entry was posted in Craft and tagged Orly Konig Lopez, Writers in the Storm, writing, Writing Craft. Bookmark the permalink.

43 Responses to Unforgettable Writing: Use all 5 Senses to Add Emotion