Posted on August 28, 2013 by writersinthestorm

We are delighted to welcome back The Naked Editor, Tiffany Lawson Inman from hiatus! Whoop!

What do you do when your character needs to wipe his/her nose?  Or wave goodbye? Or hold back a tear? Or close a door? Or smile?

What do those phrases really mean?

Example: Jane Smith the actor’s mannerisms instead of Blanche Dubois’.

Example: Jane Smith acting as Blanche Dubois is deadpan and stiff through her most emotionally intimate dialogue.

What does this have to do with writing and why is it such a big deal?

Small actions are big, no, HUGE opportunities for your written characters to show show show and if there is something missing, generic, or contradictory with your character and the moment, the agent will notice, the editor will notice, THE READER WILL NOTICE.

The smallest action can show personality, internal motivation, external motivation, intensity of the moment, attitude towards another character, etc.  Writing character specific action (in character actions) will boost character depth and your reader’s connection to them and the story.

Keep in mind while you are working hard to write your original and super complex or simple fresh actions, don’t get lazy and let your characters share actions. The action and dialogue should be specific to each character and each moment. Or else, what’s the point?

I feel compelled to mention this point because I’m currently reading a New York Times Best selling author’s most recent work and have come across a few speed bumps. This author deserves the title, hands down has some of the most original action and emotion and character chemistry that I have ever read.

However, I’m on page 184 and already this author has had three different characters share an action and with that action a certain attitude in the moment. Because the action didn’t always match the character or the moment – my brain tripped over that mental speed bump.

The action was a seemingly simple phrase: “I killed the engine.”  It has a certain sense of urgency and bite to it, yes? The fact is they are all three totally different characters in different situations.

In your own writing, which of your characters can you see “killing the engine?”  Probably not all of them. Off the top of my head, here are a few phrasing choices for the other character’s scenes instead of “I killed the engine.”

** I have 158 more pages to go. I shudder to think how many engines will be killed in the making of this novel.  Sorry, I couldn’t resist. 🙂 I’m hoping-praying-and-crossing-my-fingers that this was a copyeditor’s doing and not that one of my favorite authors is getting lazy.

It’s the small stuff I think you should sweat with writing. Because those little changes can take your writing from “eh… .” to “WOOT WOOT!” 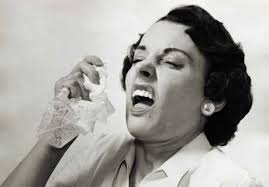 I bet you are thinking: But some actions are just simple actions, right? Like wiping a nose. Can’t all of my characters just simply wipe their nose? Of course they can.  If you want your agent, editor, publisher, friend, mother, or population of readers to think, “…eh…I guess that works.” as they put your book down and forget your name the next time they go shopping for a new juicy read.  Okay, okay, that’s a little extreme, but I think you see what I am saying here.

Think about these characters you have created. Really think. These are your babies, so you should know how to keep them in character and in the moment at all times by thinking about:

Let’s say my characters are Stanley and Blanche from A Streetcar Named Desire by Tennessee Williams.

For those who don’t know already, here’s a partial character description according to Sparknotes.com:

Stanley: he possesses an animalistic physical vigor that is evident in his love of work, of fighting, and of sex. His chief amusements are gambling, bowling, sex, and drinking, and he lacks ideals and imagination. Stanley’s animosity toward Blanche manifests itself in all of his actions toward her

Blanche: she is an aging Southern belle who lives in a state of perpetual panic about her fading beauty. Her manner is dainty and frail, and she sports a wardrobe of showy but cheap evening clothes.

I mentioned wiping noses earlier, so let’s stick with that action. It’s simple and a lot of writers wouldn’t think it could show much in a scene.

My version of Stanley wiping his nose:

Stanley grabbed a grease rag from his back pocket and knuckled at his nose with it a few times. He made sure to let it drop onto the table in front of Blanche.

Breakdown: Shown he has no qualms about rubbing dirty things on his face or in his pockets.  By using the word knuckled, I have shown a very specific action matching his personality. And I showed his attitude towards another character by involving her in the action. Action fits the moment.

My version of Blanche wiping her nose:

Blanche’s hands trembled as she dabbed under her nose, the worn silk barely kissing her blushing skin.

Breakdown: Showing what appears to be an emotional state, her hands trembling. The word dabbed shows a specific action matching her personality. Involving the type of fabric she is using ties in with her character and wardrobe. And as it barely touches her, you have to think about whether she needed to really wipe her nose, or if it is all a performance.

Can you imagine Blanche knuckling her nose, or Stanley dabbing his with silk? Good. Then I have done my job. These actions only belong to one character.

Do you have to go into this much detail for every little action? Heck no. Sometimes it’s as easy as a word change or an addition of a voice infused line.

Example: Character being chased through a spooky house. The action is closing a door.

Version one: I slammed the door as hard as I could.

Breakdown: Shows they really wanted the door shut. Doesn’t show personality. Doesn’t show anything about their environment. And a cliché?!?! BORING…

Version two: I slammed the door so hard I half-expected to hear an echo from the empty bowels of Mr. McScary’s house.

Breakdown: Shows the character really wanted the door shut. A little humor in character’s voice saying they expected to hear an echo, also shows exactly how hard the door was shut,    enough to create an echo. And by using the word bowels, I’ve compared something stanky, dark, and twisty to the house that this person is being chased through. Or alluded to the character being ingested by the house. And I used ‘McScary’ because it implements voice, and I have Grey’s Anatomy on my mind. LOL!

These are your characters.

You sat behind the rusted out pickup inhaling exhaust and created a story for the little old woman driving it.

You went to the amusement park with your four nephews and watched them get off the haunted ride – you created the story of how each of them handled the creepy skeevy darkness.

You painstakingly sat on the train commuting to work listening to every conversation and using the inspiration to write three back stories a day.

You are the writer.

Don’t fish out a character’s action (or dialogue tag, emotion, trait, description, or anything else for that matter) from someone else’s book.

It cheapens the experience for your readers and cheapens your worth as a writer.

As a reader and an editor I want to read a passage and say, “Hotdiggitydarn, that was amazing and original and totally in sync with the character at that moment. . . .and I can’t wait to read more!

Leave a comment today and share with us how your protagonist would wipe his/her nose in the same room as your antagonist. Or just say “hi.”  I’ll draw a name from the comments and edit the first 2 pages of your WIP. Sound good?

So, I’m sure you noticed I didn’t mention where or when these in character moments should happen, how you can use dialogue to show action, how to bring emotion into these small actions, how to manipulate non-POV actions, and about a million other teaching points surrounding this topic.

I will be teaching hands-on online courses this fall over at Lawson Writer’s Academy. Come learn learn learn from me about scene writing, Oscar worthy characters, emotional authenticity, writing violence, basic and advanced choreography, and dramatic dialogue.  Stay tuned to WITS because I’ll be on here again next month.

I can’t wait to see some fabulous in character nose wipes!

Thank you all for stopping by today and getting your WITS on! I am incredibly happy to be rejoining the WITS team every month. Thanks ladies! 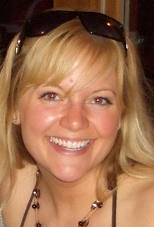 Tiffany Lawson Inman (NakedEditor) claimed a higher education at Columbia College Chicago. There, she learned to use body and mind together for action scenes, character emotion, and dramatic story development.

She teaches Action, Choreography, Physicality, Violence, and Dialogue for Lawson Writer’s Academy, presents hands-on-action workshops, and will be offering webinars in 2014. As a freelance editor, she provides deep story analysis and dramatic fiction editing services. Tiffany will be off maternity leave and back on-line before the end of the year! Stay tuned to WITS to see Tiffany’s upcoming guest blogs, contests, and lecture packets.

Check out all the online courses offered by Lawson Writer’s Academy.

This entry was posted in Miscellaneous, Tiffany Lawson Inman. Bookmark the permalink.