Using A Crowd To Create Tension In Your Story

Posted on April 23, 2014 by writersinthestorm

They make me feel a bit claustrophobic and oh, the noise! Perhaps this comes from working in my nice quiet office all day; I don’t know. I strive to hit a mall or grocery store on weekdays and not at end of the day when hungry, tired, short-tempered 9 to 5ivers race from work to do a quick and dirty grab for whatever they need. We’re talking lots of negative energy here and these scenes aren’t pretty!

There are many kinds of crowds, though and some are full of energy, the kind that makes excitement bubble beneath your skin and vibrates right down to the bones. This type of energy is contagious. You can literally feel and hear the high voltage zinging through all the people. Think favorite plays, concerts and sporting events. It’s exhilarating. The rushing crush to reach the parking lot afterward – no so much.

So what does this have to do with writing about crowds? We often forget how to use a crowd situation to our best advantage.

A crowd mentioned in passing like a piece of scenery, may have no purpose other than as a backdrop. That’s easy enough to write and in some cases that’s all that’s needed. But most of the time everything in a scene plays a specific part, even the scenery.

A Crowd is a great tool to create tension, good and bad. It can also be used to highlight character personality quirks. Consider some of the following.

There as many crowds descriptions as there are kinds of people. Below are just few types of groupings. Keep in mind that both real and figurative meanings can be applied. Using figurative descriptions are a great way to show mood.

1. It’s fairly common to see crowds of people described in terms of a collection of animals or birds. A fun site using animal groups is Fun With Words-Collective nouns.

6. We can also classify groups in terms of inanimate objects: trees, sticks, flowers in a garden, clay pots etc.

Especially when using figurative descriptions make sure they fit the scene’s emotional atmosphere and/or the POV character’s opinion and emotions.

If we used “a congress of baboons,” we’d expect the writer to be referring to a group of ridiculous people, since the connotation of calling even a single person a baboon, usually refers to silly or uncouth person. The description definitely sets a tone and expresses the POV characters opinion.

A caucus of four
A clowder of greedy wildcats attacked the sales table.
Assemblage of peacocks at the opera
Battery of bullies in the making
Bored party guests
Bus swelled with all manner of humanity
Carried along by the flow of people
Caught in a clutch of
Children swarmed the ice cream truck
Clustered around the teacher
Congested hallways of the high school
Corralled like piglets in a playpen
Crush of teens at the burger joint
Enclave of artists
Exhilaration in simply being among them
Falling into a snake pit
Field hands, mill workers, and townies rubbed elbows
Flash mob
Fled the city in droves
Flock of ladies who glittered like jewels
Galaxy of movie stars
Gang parted like the Red Sea
Gawkers stood by like judge and jury
Good country folks at a hoedown
Herded people into
Hippy communes giving way to yuppie excutives
Hordes of bargain seekers
Host of loose-limbed little bodies
Huddle of plotting teens
Hustle and bustle of last minute shoppers
In yellow slickers like a caravan of ducks
Incredible din of chatter and laughter
Knot of dissatisfied union workers
League of mean girls
Legions of roaches
Like a night shift of sleepy-eyed custodians
Masses of people struggled to reach
Mean filthy lot
Militaristic faction of skinheads
Milling herd of cattle
Mingled conversations at the party
Mobbed the train depot
Not a gathering, but pure mayhem
Outfit from Red Rock Ranch
Pack of mad dogs snarling
Passel of teen rabble
Piranhas after a bit of meat
Playground jungle gym teemed with
Publisher’s author stable is full
Retinue of boot-lickers
Sandwiched our bodies among
Sea of heads bobbed and dipped
Secretarial pool
Shoulder to shoulder, stepping on toes
Squeezed into the elevator
Swamped with applicants
Thronged around the entrance of
Traffic jams blocked the

General names for Groups of people

Groups of People who work together 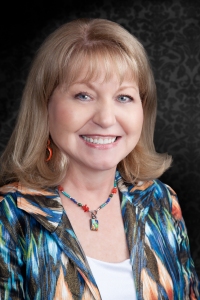 This entry was posted in Craft and tagged A list of descriptive crowd terms, descriptions of crowds, Sharla Rae, Types of crowds, Using A Crowd to create tension in your story. Bookmark the permalink.