Posted on February 24, 2014 by writersinthestorm

Yep—that’s a whine all right, and a truth, and the summary of this entire post. Change is as constant in publishing as any other industry impacted by computerization in the past twenty years.

But change can be especially hard to grapple with for writers. Here’s why, and some tips for turning whine into gold.

Nature of the beast

Whine: Storytellers are constantly adrift in imaginary worlds, conjuring unexpected pressures that, in the end, will force some sort of inexorable change. Yet day after day writers depend on their coffee, their chocolate, their word count, their wine, their cat, and their Obi-Wan Kenobi action figure (oh—is that just me?). Constants serve as touchstones for an inner life in a constant state of upheaval.

Gold: Storytellers are change specialists. Yes, we usually control that change. But actual, real-world challenges, although rarely welcomed, provide fodder for our stories, and ground them in the realities of the world in which our readers live. Real-life shake-ups can stimulate the imagination in ways that refresh both story and career.

Whine: Of course we all know writers who sprang from the womb with their tiny fingers already curled around a pencil. But the need for reliable income, the need to go through some real life “material” first, the distraction of children and unsupportive spouses, the need to grow into one’s voice and gain perspective—for many reasons, writing is often a late-stage choice. And as you get older, adaptation of any sort can get more challenging.

Gold: Corporate human relations executives, whether hiring MBAs or chemists, favor employees with a background in the arts. Why? They adapt better. Use your innate creativity to negotiate the changing tide, knowing that you are better equipped than most to do so.

Whine: Let’s say that it takes a decade of concerted effort to power up a publishing career. If you did that between 1995 and 2005 you may have had your first laser printer, a dial-up modem, and an unimaginable number of kilobytes of hard drive space. Your soundtrack changed from albums to disks to mp3s. Landlines became cell phones—then, in the next decade, smart phones. In publishing the past decade saw genres blur, the advent of digital publishing and social media, the emergence of the independent author, and constant redefinition of career roles. A decade in this technological age can make a writer dizzy.

Gold: A decade in this technological age is nothing short of revolutionary. New options abound. Niche markets can be built, at almost no cost, for exactly the kind of book you want to write, and you can publish and promote it yourself with relative ease. You need only rewind two decades and imagine yourself writing with a typewriter, onionskin, and Wite-Out to see that the gifts outweigh the challenges.

Whine: Writing is a ridiculously front-loaded effort without any guarantee of financial gain. In return for all you’ve done to learn the ropes, you’d like to be able to count on them to hold your weight. But the ropes keep swinging, and are hard to grasp.

Gold: Publishing has always been a gamble. That’s why you were drawn to it—you wanted to see if you could make it. In an industry where even veterans are now scrambling for an edge and guessing at what comes next, your own best guess can fit right in. The gamble still exists, but your greater career input stacks the deck—knowing what you’re made of, you know better than anyone whether investing in self is worth the risk.

Whine: As our chosen industry continues to evolve, the destination called “success” is losing definition. It’s getting harder to have faith that we are still on the right path, in the right woods, within a career story that we still have the power to bring to a satisfying conclusion.

Gold: People who whine for the golden age of publishing forget that the industry has always been extremely selective, and that the parameters for those who made it in were always subjective. Preparation and faith were your only hope. Social media and independent publishing options allow us to supplement the “wing and a prayer” method with more of our own efforts than ever before.

So what say you?

If the answer is yes, you are indeed an alchemist, capable of changing whine into gold. Now if you’ll excuse me, I have to go learn how to use the gizmo that will let me take credit cards on my iPhone. Increased impulse purchases, BAM! Can you even believe it? 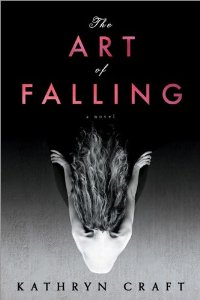 Kathryn Craft is the author of two novels from Sourcebooks: The Art of Falling, which was released on January 28 and has already gone back for a second printing, and While the Leaves Stood Still (due Spring 2015). Her work as a developmental editor at Writing-Partner.com, specializing in storytelling structure and writing craft, follows a nineteen-year career as a dance critic. Long a leader in the southeastern Pennsylvania writing scene, she now serves on the board of the Philadelphia Writers Conference and as book club liaison for the Women’s Fiction Writers Association. She hosts lakeside writing retreats for women in northern New York State, leads Craftwriting workshops, and speaks often about writing. She lives with her husband in Bucks County, PA. Although a member of The Liars Club, she swears that everything in this bio is true.