Posted on December 9, 2013 by writersinthestorm 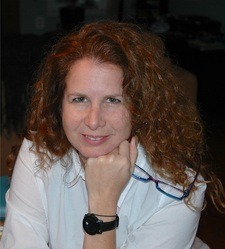 I’ll say it right up front – I don’t watch Fear Factor. It gives me the willies. But that’s not the point of this blog. Well, not entirely.

I’ve been noodling a new book idea for a while now. Noodling is all I’ve done. For a while. And every time I think I’m ready to start, I try to think of a different angle to take the story. Why? Because I’m scared to go there.

I’m not overly superstitious, I don’t have a problem with ladders or black cats or salt spilling. But I don’t do well talking about certain fears. Because if you talk about them, they might actually come true.

So, back to noodling.

The other day I was chatting with Laura Drake and she asked, “What’s the next book about?” I blurted, “Horses,” and hoped she wouldn’t ask more. Yeah, you guys are laughing. We all know Laura won’t leave it at that. Especially not when there’s a horse in the story.

That not-so-innocent word led to a full-blown brainstorming session. At one point we were both sniffling into tissues. By the end of the discussion, Laura left me with one bit of advice (or was it a warning?) – “You have to write THAT.”

I hemmed and hawed. She wasn’t buying. Instead, she pointed me to a blog she’d recently written for It’s Only A Novel about writing through your fear (if you guys haven’t read it, you really should).

I kept going back to a recent Facebook post. An author I follow was poking at her track record for writing things for her main character that then happened to her. See, it can happen.

Yeah, Laura wasn’t buying it either. She volleyed a Donald Maass quote at me: “Take your protagonist’s greatest fear and go there.”

But it’s not my character’s greatest fear. It’s mine.

I got the sharp end of the cowboy boot for that attempt.

So I started cooking the noodles for this story, writing down plot points, cowering from others (shh, don’t tell Laura). Then the other day I was talking to Kathryn Craft about “going there” with the hard topics. Kathryn, in her infinite wisdom, pointed out that it’s our responsibility as writers to create a world where those events happen.

You guys can hear me whimpering, right?

In a previous book, I gave one of my absolute favorite characters Alzheimer’s. It’s a disease that scares the crap out of me. And yes, I cried while writing those scenes.

There’s a sticky note on my desk with a quote that helped keep me moving forward with that book:

I moved that sticky note to where I can see it, took off the writer floaties and jumped into this new book. Scary parts and all. I’m still cowering from one plot line and I honestly don’t know if I can go there. But I’m willing to face at least one of the fears that was keeping this book in noodle phase for so long.

What about you – have you ever shied away from a story line because you were afraid of what it would bring? Or is writing your way of facing your fears?

After years of pushing the creativity boundary in corporate communications, Orly decided it was time for a new challenge. Three women’s fiction manuscripts later (plus a handful of picture books), it’s safe to say she’s found her creative outlet.

When she’s not talking to her imaginary friends, she’s reading or at least trying to ignore everyone around her long enough to finish “just one more paragraph.” Orly is the founding president of the Women’s Fiction Writers Association.

This entry was posted in Bumps & Bruises on the Road to Publication, This week at Crit Group and tagged Laura Drake, Orly Konig Lopez, Writers in the Storm, writing. Bookmark the permalink.