Does an Extroverted Writer Have the Advantage? Maybe Not

I’ve read a lot of blogs lately about introverted writers, whining  pointing out how hard it is for them, nowadays.

There are probably more introverted authors than extroverts. After all, it’s darned near a cliché – the writer living in seclusion, typing away in obscurity. That’s all you see in movies: As Good as it Gets, Something’s Gotta Give – even, dare I mention, The Shining? Misery? (don’t throw tomatoes, I’m not judging!)

As an extrovert, it’s killing me that the introverts get all the press, even though they shrink from it!

But there are extroverted writers. The obvious ones that jump to my mind are: Kristen Lamb, Chuck Wendig, Jennifer Weiner . . . I’m sure you could add to the list.

But which writer has the advantage– the extrovert, or the introvert?

Seems obvious, right? The extroverts love the promo, the press, the spotlight! They have it easier.

Not so fast. I’m here to point out some of the disadvantages the extroverts deal with. 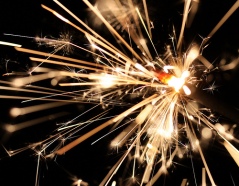 Since extroverts get their energy from the outside, we have a hard time putting in the solitary hours to write. It’s lonesome in that writing cave! 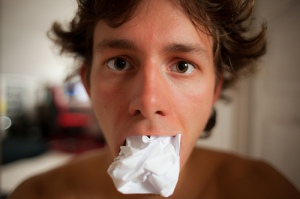 Since we love to hang on social media and engage others, it’s easy to get complacent – to forget that we’re not having a conversation with our friends only. The world is reading over our shoulder. And making judgements about us and our writing, from the way we present ourselves. 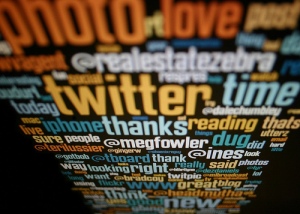 I’ve done marathon sessions only to wake up four hours later, my butt aching.  The only reason I stopped then was because I was about to wet my pants. Literally

See? Being an extrovert can be as much a disadvantage as being an introvert!

Which are you? What’s your biggest stumbling block with your type?

Laura’s ‘biker-chick’ book, Her Road Home, is available on Amazon and Barnes and Noble now!

Author of romance and women's fiction. Grand Central and Harlequin author, debut book, The Sweet Spot, due out May 28.
View all posts by LauraDrake →
This entry was posted in Bumps & Bruises on the Road to Publication, Craft, Inspiration, Miscellaneous and tagged Her Road Home, Introvert, introverts vs. extroverts, Laura Drake, wirting challenges. Bookmark the permalink.

42 Responses to Does an Extroverted Writer Have the Advantage? Maybe Not