Point of View: Choosing Whose Head To Be In

How do you choose whose head to be in?? *

The first thing writers learn about Point of View, or POV, is that it refers to whose head we’re in.

In other words: through whose perspective will the reader experience the sounds, smells, actions and emotions of a story/scene?

Seems simple, but as writers it isn’t always easy to decide which character should be showing the story at a given point.

First, decide the type of POV you want to use.

Author omniscient or Omniscient narrator is when the all-knowing author narrates the story. Currently it’s out of fashion.

First person POVs are viewed from one person’s perspective, the character who is telling the story.  It’s not always to easy to write, but when it comes to choosing POV, it’s simple; there’s only one choice.

Third person is especially popular in romance, and it’s not unusual to see three or more character POVs. We learn what’s happening through the outside voice of one of the characters in a scene.

How does a writer choose the point-of-view character in any given scene?

In some scenes, there’s only one character on stage so no problem. In most cases there’s at least two.

The reader may not understand a character’s actions/reactions unless they are in his head or have been at some point. The motivation and action/reaction elements tie into the whose-head decision.

In critique, we decided the most important POV element determining whose POV should be used is emotion – the character’s and the reader’s. A scene has more “pow” if we’re in the head of the person who is emotionally involved and/or has the most at stake.

Again, seems simple. But maybe not.

Sometimes two characters are experiencing major emotions in the same scene and both have a lot at stake.

See what I mean? Whose head should we be in?

It’s not always an easy choice. Sometimes we need to write the same scene from two different prospectives, before we know what’s right. No harm in that. The important thing is this: Always involve the reader’s emotions.

All this POV talk begs the question:
Can we skip from one person’s head to another’s, that is, head hop?

Yes, but — and this is a big but – you gotta have skills, and that’s another blog.

Okay, let’s talk. How do YOU choose whose head to be in? 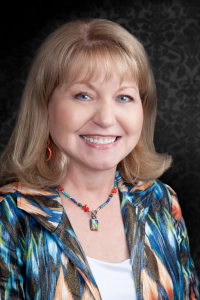 Sharla has published three historical romance novels: SONG OF THE WILLOW, LOVE AND FORTUNE, and SILVER CARESS. SONG OF THE WILLOW, her first solo effort, was nominated by “Romantic Times Magazine” for best first historical. Her current work, HOW TO FELL A TIMBERMAN is in the submission process.

Avid seeker of "more"...More words, more creativity, More Cowbell! An extrovert who's terribly fond of silliness. Founding blogger at Writers In The Storm (http://writersinthestormblog.com). Write on!
View all posts by Jenny Hansen →
This entry was posted in Craft and tagged choosing Point of View, POV, Sharla Rae, Writers in the Storm, writing. Bookmark the permalink.

32 Responses to Point of View: Choosing Whose Head To Be In