How to Use Your Logline, Tagline, and Pitch to Create a Stronger Story

Most of us think of a logline, tagline, and pitch as marketing tools we write after we’ve written our story so that we can use them to land an agent or as our book’s cover copy.

If we wait until we’re done with our book, any problems our logline, tagline, and pitch reveal could mean major re-writes. By creating them first, we’ll save ourselves a lot of unnecessary work.

Pantsers – this is especially true for you! Even though I’m a hard core plotter, I’ve co-written a novel with an equally hard core pantser, so I know how much you hate planning. Using these tools before you start to write can make sure you have a strong idea and still give you the freedom to discover your story as you go.

And I’m about to show you how.

A logline is a one-sentence description of your book that captures your main character, the conflict they’re going to face, and the stakes if they lose.

It contains the three most important ingredients in a strong story. Leave one out and it’s like leaving the chocolate chips out of chocolate chip cookies.

Conflict boils down to what your main character wants and what’s standing in her way. No conflict, no story. I don’t care whether you’re writing a romance, a thriller, a fantasy, a memoir, or a work of literary fiction. If you can’t clearly state what your conflict is, you don’t have a story.

Plotters, because you write detailed outlines, you can sometimes lose sight of your main story among the subplots. Pantsers, knowing the main plot keeps you from getting so distracted by bunny trails that your first draft is a tangled knot you don’t even know how to begin untying. (Or worse, you end up without a main storyline at all.)

Usually when you hit the conflict portion of your logline, you’ll include your antagonist/villain. You do have one, don’t you? If you don’t, you don’t have a story.

Stakes are what your main character stands to lose if she fails. Why should they care what happens? If they don’t care, then the reader won’t care.

Seeing your stakes on paper this way forces you to ask if they’re big enough. Will they change your character’s life forever? James Scott Bell is fond of saying the stakes should always be death. I agree with him. Physical death. Emotional death. Spiritual death. Your character needs a reason to fight to the very end.

So a logline tells you what your book will be about. Your tag line is a catch phrase. (Don’t confuse them.)

The tagline captures the tone or emotional essence of your book. It also hints at the genre. It’s what you see on the front cover or on a movie poster.

Life is like a box of chocolates – Forrest Gump

You know you’re going to get a story that has moments of humor and yet manages to be profound. You could guess this is going to be a drama.

Don’t go into the water – Jaws

It sets the tone for a story that’s going to scare you. You know it’s going to be either horror or a thriller.

One ring to rule them all – Lord of the Rings

This is going to be an epic fantasy. Whole countries will be at stake. Maybe even the whole world.

Behind every great love is a great story – The Notebook

By writing your tagline, you know tone you’re going to use when writing your book. Will your story be dark? Funny? A real tear jerker? A consistent tone is essential. Knowing it will save you from a million rewrites because you switched your tone three times during your first draft.

Which leaves our pitch, the six- to ten-sentence summary of our book.

Your pitch should only cover the first third of your book, with emphasis on what Larry Brooks calls the First Plot Point in his book Story Engineering.

The First Plot Point should happen 25% of the way in. It’s the point from which your main character can no longer turn back. The main conflict of the story is introduced, and your MC commits to their goal. This is the important part of it—you identify what’s going to make your main character commit.

Your First Plot Point isn’t your main character being wrongly convicted of his wife’s murder. It’s his decision to escape when his bus crashes and to go on the run to catch the real killer. (From The Fugitive, one of my favorite movies.)

Knowing the First Plot Point makes you answer a key question–how are you going to convince your main character to take on a task that looks like it can only end in failure and death? If your main character could escape from their quest at this point, they would. They would take an easier road. So you need to know what’s going to make them go forward anyway.

ANNOUNCEMENT:
On Saturday, March 23, I’ll be teaching a 90-minute webinar where I give even more tips on crafting awesome loglines, taglines, and pitches. You can sign up by clicking here. If you can’t make it at the time it’s scheduled but still want to attend, sign up anyway. The webinar will be recorded and sent to registrants.

As a special thanks to for having me here at Writers In The Storm, the first two people to sign up today for the webinar (and let us know in the comments) receive a bonus: After the class, I’ll work with you via email to help you write your logline.

HUGE THANKS TO MARCY from Writers In The Storm! This post was pure awesome. Having taken Marcy’s Twitter class, I can tell you she has the teaching thing nailed. 🙂

Have you tried writing your logline, tagline, and pitch before writing the book? Do you think you’ll try it now? Do you have any other questions for Marcy? 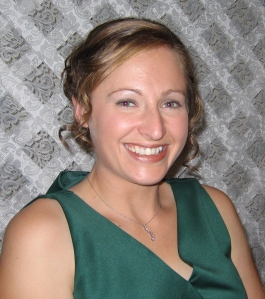 Marcy is a fantasy writer who believes there’s always hope—sometimes you just have to dig a little harder to find it. In a world that can be dark and brutal and unfair, hope is one of our most powerful weapons. She writes novels that encourage people to keep fighting, to let them know that no one is beyond redemption, and that, in the end, good always wins.

Alongside her own writing, Marcy works as a freelance editor. (Check out Marcy’s editing services here.) You can find her blogging about writing on Wednesdays/Thursdays and about the place where real life meets science fiction, fantasy, and myth on Mondays and Fridays Because Fantasy Is More Real Than You Think…

Avid seeker of "more"...More words, more creativity, More Cowbell! An extrovert who's terribly fond of silliness. Founding blogger at Writers In The Storm (http://writersinthestormblog.com). Write on!
View all posts by Jenny Hansen →
This entry was posted in Blogging Guests, Craft and tagged Marcy Kennedy, pitching your story, Writers in the Storm, writing. Bookmark the permalink.

68 Responses to How to Use Your Logline, Tagline, and Pitch to Create a Stronger Story