Posted on September 5, 2012 by writersinthestorm 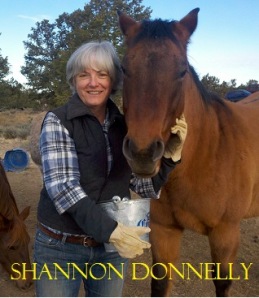 Writers In The Storm welcomes back award-winning author and RWA RITA-nominee, Shannon Donnelly.

Today she’s talking to us about villains we love to hate and how to keep them from becoming a cardboard stereotype whose every action is predictable and boring.

Nothing marks a writer as a beginner as clearly as the cliché bad guy.

This is the bad guy who is ugly inside and out with no redeeming qualities—this is the “boo-hiss” melodrama mustache twirling villain. And this is an easy fix in any story.

What’s that easy fix? Lots of things can help, but here are five quick fixes:

1. What does this character’s mother love about him or her?

Parents matter—even to a villain.

2. What does this character love?

We all have our favorites—even if it’s just a kind of ice cream. Alan Ladd in This Gun for Hire earned his way into fame portraying a cold blooded killer—but the killer had a soft spot. He loved cats. He’d look after stray kittens, was kind to them—and he was a sociopath. Because of that one soft spot—that love—he was more than just another guy with a gun.

That’s what you want for your bad guys—find out what they love and show it in the story. Make it important.

3. Why does this character do bad things?

It’s not enough that the bad guy wants the heroine for his wife (no matter that she hates him). Why does he want this? Does he really want her money? Is he obsessed with earning her love for another reason? What are the deep, deep roots for what the villain wants?

A villain who just wants to take over the world is dull—it’s been overdone. So give him better reasons. Look at real people—Alexander the Great wanted to take over the world. And his basic reason was to show up his father who’d been good at conquering, too. (See how you get back to parents so easily.)

No one is born bad, so what twisted your villain into someone who does bad things?

4. What would make this character a hero?

Turn the story around and look at it from the villain’s point of view. What actions would make this character a hero?

We’re all heroes in our own story—we do things that may be wrong but at the time we think we have good reasons and they are right actions. Even Hitler thought he was saving Germany and building an empire that would last a thousand years—in his mind, he was restoring his people to greatness (the problem being it was his ideas of “his” people).

5. Give your villain a trait you’d love to have.

Make your villains easy for you to love (makes ‘em easier to write, too). Give them, a trait or traits, you’d love to have.

Make this trait also matter to the story—Cruella’s obsession with black and white fashion drives the story in 101 Dalmatians.

It’s that kind of love/hate that keeps readers intrigued with any bad guy—and you’ll have a lot more fun writing a villain you’d also love to be.

What kind of villains do YOU love to hate? Who are your favorite villains of all time?

Shannon’s writing has repeatedly earned 4½ Star Top Pick reviews from Romantic Times Magazine, as well as praise from Booklist and other reviewers, who note: “simply superb”…”wonderfully uplifting”….and “beautifully written.” Her book, Under The Kissing Bough was nominated for a Rita.

Her latest Regency Historical Romance, Paths of Desire, can be found as an ebook, along with her Regency romances, out from Cool Gus Publishing.

NO MAN’S MISTRESS…
She wants a rich lord for a husband—she won’t end like her mother, abandoned and broken.

NO WOMAN’S FOOL…
He wants to prove to his friend she’s the wrong woman—he knows too well the pain of a bad marriage.

WHEN AN ACTRESS CROSSES PATHS WITH AN ADVENTURER IN 1813 LONDON…
The last thing either wants is to fall in love, but when desire leads to a passion that won’t be denied, how can the heart do anything but follow?

Find at Amazon.com
Find at BN.com

DON’T FORGET: Shannon also gives online workshops and is the author of Story Telling; Story Showing, an ebook that compliments her popular online class Show and Tell: An Interactive Workshop.

This entry was posted in Blogging Guests, Craft and tagged antagonist, Characters, How to write villains, Shannon Donnelly, Writers in the Storm, writing. Bookmark the permalink.