#Women Are From Venus, Men Are Annoying — A Guest Post

Posted on April 4, 2012 by writersinthestorm

While sitting at an autographing at the Romantic Times Convention several years ago, a woman hurried up to my table. I gave her my best “I’m-safe” smile.

The signing hadn’t gone well so far—could I be on the verge of something good?

“I have to tell you,” she said…
Tell me what? That I’m her favorite author?
“That I never read romances written by men,” she explained. “Men just don’t get romance.”

Fair enough, I guess, although it was information I couldn’t quite use in my daily life. Regardless of her desire that I get a sex change operation, I think she has a point.

Most romance readers are  women, and many romances written by men are melodramatic with tragic endings (Romeo and Juliet, Love Story, Madam Bovary, Bridges of Madison County).

I do think that a good writer, of whatever sex, must be able to create convincing characters of both sexes—characters who are recognizably male or female every time they open their mouths, every time the author dips into their internal dialog. Yet, if you read some romance, you’ll come across male characters who just aren’t convincing. Certainly in romance, we aren’t looking for completely realistic male characters (most readers are women who already have an all-too-realistic male in their lives).

What we strive for is verisimilitude—characters who capture the truth of their sex without coming across as females with male equipment. If you think about authors who’ve reached the top of the romance genre, authors like Nora Roberts and Suzanne Brockmann, I think you’ll find that they write compelling and believable, yet not at all realistic, male characters.

Speaking from the vantage point of a male and a writer, what I think top writers do is to understand not just male stereotypes, but the reasoning underlying them—and why many men find these male traits to be admirable (as well as how they can be annoying). Good authors let the reader see both sides… with an emphasis on the admirable when it comes to heroes, of course.

Please note that men are individuals and don’t all fall into these stereotypes. Even when they don’t, they often see the stereotypes as desirable.

1. Men think they don’t talk much. In the male ideal, actions speak louder than words. So, when writing a male character, consider their dialogue.

Are they rambling?
Are they filling time?
Are they doing that activity males dread…
Discussing their feelings?

If so, that’s a caution light. Men don’t see this as being unwilling to communicate. Instead, we see talking as a delaying tactic, and as an ambush in the making. Make your male dialogue crisp, and have your male characters doing something while they talk.

2. Men see themselves as fixers.

Men see “fixing things” as admirable because they think problems need to be “solved.” Women find it annoying because when they voice a problem, they just want to be heard. They don’t necessarily want the man to jump in and fix things.

So, how to use this?

Obviously you can’t always give men problems they can solve (who wants to read about weak heroines who need to be saved), but recognize and use this mindset.

Explore their frustration when they can’t solve problems. Understand that many hero archetypes are based on the problem solver (there is a reason so many billionaire tycoons show up in romance… their money lets them solve problems).

To admit to a problem of their own means to admit to being less than a fixer… it’s something that you may want to use as part of a resolution, but certainly not until after the dark moment in your romance.

Word and Language. It isn’t true that guys mostly grunt. But in many cases they use a different vocabulary than do women. (I read recently of the Piraha language in the Amazon in which men, amazingly use one more consonant than women in conversation).

In western culture, at least, men use descriptions more sparingly. When talking of colors (except maybe of their favorite truck), guys tend to see the world in terms of the colors in the small Crayola box.

If you have a guy who mentions about someone’s darling teal frock, you have a character who isn’t really believable. “Darling,” “teal” and “frock” are all words that would be chosen only by females or male fashion designers).

Likewise, men are unlikely to describe an oval-shaped face with sooty eyelashes and an elegant neck. (They’ll see a pretty face with kissable lips).

If you scrub your manuscript, you’ll find you won’t need so many dialogue tags because who’s talking will be clear from the words chosen.

Make your guys use:

Guys are visual (when in their point of view, consider downplaying the other senses). Scientific evidence indicates that men are better at focus (which also means they don’t see what isn’t in their focal region). Again, let this be both a strength and weakness… but have the guys see it as a strength.

Guys tend not to be much good at multitasking. We call it focus. Women generally think it means we’re not paying attention (hint: we’re not). This relates to the whole focus issue.

So, we have some basic stereotypes. The trick is to play with them and show change without violating what lies beneath the stereotypes. Remember, for the most part, guys see these characteristics as positives. So, don’t write as if you’re going to fix them; allow your hero and heroine to discover how these attributes work and backfire in developing their relationship.

Obviously Suzanne Brockmann, with her Navy Seals and constant action, has some advantages. Her characters have to be tough, have to be focused, have to keep conversation to a minimum, have to see only the high points and not overstress nuance—it’s what keeps them alive. But if you consider standard romance hero clichés… the cowboy, the pirate, the Scottish laird, the angry Greek shipping tycoon, I think you’ll find that they start with males who follow the typically male characteristics.

When the romance is well written, the heroes don’t really change these fundamental things that make them male. Instead, they gather new insights.

They may learn that they have to:

Bend their approach
Accept that they cannot fix everything
That they have to broaden their focus, but they will do so in the context of their basic instincts

Writing convincing males isn’t especially difficult, but it does require the author to pay attention to her word choices, let awareness of sensory details vary depending on point of view, and keeping in mind that men don’t see their differences as problems to overcome but as strengths to be built on.

Happy writing. I’m looking forward to your questions and comments. 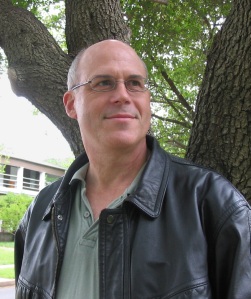 Rob Preece is an author and publisher for BooksForABuck.com. He lives in Long Beach, CA with his author-wife Kara Lennox, a cranky cockatiel, and a desperately needy cat.

Rob writes speculative fiction and paranormal romance under his own name, romantic comedy as Robyn Anders and mystery and romantic suspense as Amy Eastlake. When he’s not writing or editing, Rob enjoys martial arts (he’s a second degree black belt in Tae Kwon Do), competitive bridge, and long distance cycling. Before becoming a publisher, Rob spent a number of years in the high-tech sector writing the fiction known as product specifications. Rob’s works have finaled or won a number of writing contests including a final in RWA’s Golden Heart award, and have placed in best-selling and “highest rated” lists.

His most recent publication, NanoCorporate, is a near-future speculative fiction novel set in a world that extrapolates existing political and technological trends. His most recent romance is Medium in the Middle, a paranormal romance. He’s currently working on a prequel to NanoCorporate.

This entry was posted in Blogging Guests, Craft and tagged How to write male characters, men vs. women, POV, Rob Preece, Writers in the Storm, writing, writing the male POV. Bookmark the permalink.

47 Responses to #Women Are From Venus, Men Are Annoying — A Guest Post