Talking Back to Your Brain

Posted on January 6, 2012 by writersinthestorm

By Harry and Susan Squires

Harry and I can’t tell you how many times we’ve heard from writers frustrated and “stuck” on their current work in progress.

Often they say something like, “Why am I such a crummy writer?” “Why is this book so hard to write?” Or sometimes you hear people express goals like, “This year I’m going to write a novel that hits the USA Today list.”  The truth is, we’ve engaged in some of those practices ourselves.

But those expressions are a disaster for writers, primarily because of how the human brain actually works. However, once you know how to engage your brain properly, it can work for you and not against you, not only in your writing life but your private life as well.

Harry took several seminars from a psychologist named Bob Maurer, who lectured to creative people around the country about how to use your brain to help your creativity, avoid writer’s block, and generally improve your life. He has a wonderful book called ONE SMALL STEP CAN CHANGE YOUR LIFE, which is the basis for the ideas we’ll share.

First, a quick tour through the brain. It has three parts.

One thing the cortex was designed for is to answer questions. The first sorts of questions it answered were about basic survival. (“Is that a leopard in that shadow?”). It can’t help but answer any question you ask. And it has done a really good job of keeping our species alive.

That characteristic of the cortex can be an immense advantage to you or a horrible disadvantage, depending on the type of questions you ask yourself.

If you could get the cortex to answer questions that would help you further your goals, it would be great, wouldn’t it? But be careful what you wish for. Say you’re thinking about your love life (instead of your book) and you ask, “Why am I such a loser with the opposite sex?” Get ready for your cortex to provide a list of answers–possibly a long list. You might decide to go back to bed and hide under the covers for the day.

If you frame the question in a positive light, for instance, “What could I do to be more attractive to the opposite sex?”, you might come up with some productive answers. (Our brains are answering even as we write–Well, you could listen more instead of talking. There’s the extra weight–you could lose that, etc. etc.) However, since it’s a big question, there might be a LOT of answers.

And that’s a problem. When the list starts to get long, we’re back to being so depressed or fearful that we can’t address the issue. We’re unlikely to take any action at all. The question is so big it freezes us up with fear.

That little journey in improving your love life we just took is an excellent example of another brain fact. The cortex thinks it’s in charge because it has all those higher functions. But you know what? The Mid-brain that runs our emotions is the real boss. If we are frightened or depressed it’s very hard to focus on anything else.

When you ask yourself why you are such a horrible writer, and the list starts coming back from your cortex, you may be invoking one of the writer’s biggest fears–that we won’t finish the book, won’t sell, won’t be taken seriously–we won’t reach our secret goal. And when we’re afraid, we just shut down. When negative emotions take over, it’s NOT conducive to creativity.

So the trick is to get the brain to answer your questions without invoking fear or depression. How do you do that?

It’s the big, huge things we can’t control that frighten or depress us. The Japanese have a concept called Kaizen. It’s all about improvement through small, incremental changes. Americans tend to like big, transformational changes (think, “I’ll lose 50 pounds in three months by only eating wheatgrass and ice cream.”)

The way of Kaizen asks, “What small, insignificant change could I make to improve?” That concept has proved invaluable in business for the Japanese. One small change built on another until they had created significantly better cars.That thinking was how they got quality into their cars when Americans couldn’t back in the eighties and nineties. (We’ve since imported their technique to great effect.) So, the key to getting productive answers from your brain is to take many very small steps to your goal.

Let’s focus now on the specific work you’re doing as a writer. You can get real help on your work in progress by asking yourself small questions about how to make it a better book.

We’re talking REALLY small at first, so you don’t invoke that fear or depression. Some examples from recent classes we’ve given where students learned to ask productive questions are:

Notice we’re not asking questions like: How can I make this a better book? Too big, too vague, and way too scary.

We’re not asking negative questions such as, “Why isn’t my heroine likable? A really long list of answers will just be depressing.

Keep it small (one scene, even one paragraph, one character, one action, etc.). Then let your brain work.

Sometimes, especially at first, when the brain isn’t used to answering small questions calmly and promptly, it can take a few days to come back with an answer. A great example of delayed response is when you rack your brain about where you left your keys.

You’re frantic, you’re scared, you just can’t think about anything except how you don’t have the money to replace that expensive automated car key or that if anyone found the keys they could get into your house and murder you, so should you really just have all the locks changed, but who can afford that? And by the way, why do you ALWAYS lose things, and hasn’t this been a problem all your life which makes you just incompetent?

You’re totally shut down. And then two days later, you just realize out of nowhere that they must be down behind the garbage can where you sorted the mail and threw away the circulars that afternoon three days ago. You had to get beyond fear and depression in order to quiet the mid-brain and let the cortex do its job.

If the cortex doesn’t come back with an answer at all, then think about reframing your question, and maybe making it even smaller.

A really good strategy is to ask yourself the questions you’ve carefully formulated right before you go to sleep at night. The cortex will work on them overnight, and then you get the morning “a-ha” moment. For Susan, it’s in the shower. Einstein used to say he got all his best ideas while shaving.

This technique is great for advancing your story, improving your writing, and getting yourself out of writer’s block. You can use it to create discipline about your writing life as well.

Try asking yourself how you can take a very small step toward becoming a productive writer. Think really small. Can you think about your WIP for fifteen minutes and write down your thoughts? Set a timer to keep it small. Can you write a paragraph about what your main character wants? Don’t make promises like “every day without fail.” That pretty much guarantees failure. Just gradually build up and let your brain do its work.  You’ll find that one small success will lead to another and another.

This method is also useful in everyday life:

We can just hear the answers coming back. When you get a viable answer, stop asking. You might get several choices but one will seem right. If you’re so frantic about it that you keep asking and get 50 answers, you make choosing among the answers a task too big, too fearful, and you end up doing nothing anyway. When the answer that feels right occurs, smile, be grateful, and move on to the next small question.

An interesting side fact about the brain is that mammals can’t be fearful while they’re eating. Now doesn’t THAT explain a lot about why we just show up at the refrigerator during stressful times?

We’d like to reiterate that what you are doing is retraining the way your brain functions and the way you ask it questions.

This takes practice. So sometimes the miracle doesn’t happen for you all at once. Keep at it. The brain will learn to work in more positive ways, and as you learn to catch yourself using negative or fear-inducing questions, you’ll get better at it.

We still both get stuck and have to realize we’ve started asking questions that paralyze our creative cortex. Then it’s back to the beginning–consciously thinking about small questions our brain can answer.Let us know if this starts working for you. We really believe in this technique.

Do you have other tried and true ways to help you solve problems and deal with fear? 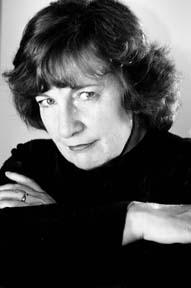 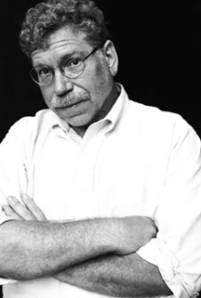 Harry Squires was born in Chicago, Illinois. He attended Journalism school at the University of Missouri and UCLA’s school of screenwriting. He’s worked in news writing, film production, educational television, and as a corporate trainer in the insurance industry.

His paranormal mystery What Rough Beast was a critically acclaimed first book. Currently he is working on a non-fiction project and an historical mystery.

Susan Squires is known for pushing the envelope in her writing. The only thing her fourteen novels have in common—whether about vampires, wicces, computers, or time travel—is that they are all paranormal.

She has been on the New York Times Bestseller list, won the Golden Heart, the Holt Medallion, three Prisms, two Reviewer’s International Organization Awards, A Reviewer’s Choice award from RT, and has been a Rita finalist. Publisher’s Weekly called her book Body Electric one of the most influential paperbacks of 2002 and One with the Shadows a Best Book of 2007. Her time travel novel Time for Eternity earned a starred review in Publisher’s Weekly in 2010.

Harry and Susan live by the beach in Southern California with too many dogs.

36 Responses to Talking Back to Your Brain