Posted on November 11, 2011 by writersinthestorm

Thanks so much to Jenny Hansen for inviting me here today to talk about mysteries—my favorite subject!

Before I was a mystery writer, I was a mystery reader. I’d easily devour two or three in week.  I loved everything about them—the sleuths, the puzzle, and the resolution of the case at the end of the book.

As a writer, I love mysteries just as much.  For me, the structure in the books makes them a lot of fun to write.  That structure also makes them the perfect books for a new writer: the pattern of introducing a body, the suspects, laying clues, and resolving the case. Here are a few things to keep in mind as you write your mystery.

15 Tips for Writing a Murder Mystery:

1.  Make the sleuth someone readers root for.  The sleuth, like any protagonist, needs to be multi-faceted.  If they’re too perfect, they may be unlikeable. Flaws serve to make a sleuth relatable to readers as well as give them stumbling blocks for solving cases.  Another important point is that the sleuth needs to be intelligent and act intelligently. Readers get disgusted with sleuths who set out on their own to meet killers on deserted alleys in the middle of the night.

2.  Be careful with your number of suspects. Suspect numbers can get a little tricky.  You want enough suspects to ensure that the killer’s identity is a surprise, but not so many that the reader forgets who they are. I usually like five suspects, killing one in the middle of the book. One of my editors actually prefers fewer.

3.  Think carefully about timing of the body’s discovery.  This point can create sore feelings between authors and editors, but usually the murder needs to occur fairly soon in a book.  I know my editors like it that way.  Otherwise, the readers are just sort of in suspended animation, waiting for the crime to kick off so they can participate in solving it.  It’s the whole point of a murder mystery. If we have a lot of chapters before the body’s discovery, they probably just function as set-up or backstory…which is never popular with editors.

4.  Give the reader a reason to care about the case.  What is it about the murder or case that makes the reader want to keep reading?  Is the victim someone very likeable and innocent and they want to avenge her death?  Is one of the suspects wrongly accused and needs to be vindicated?  Is the sleuth somehow personally involved or emotionally connected to the case?

5.  Know your subgenre.  Planning to submit your mystery for publication?  Your language and the level of gore or description of the body or crime will affect your subgenre and readership. Writer’s Digest has a nice list of mystery subgenres (scroll down on the landing page.)

6.  Keep the mystery fair.  One of my favorite aspects of mysteries is that they have an almost interactive feel to them.  The reader solves the puzzle along with the sleuth. To provide the reader with this satisfying feeling, we’ve got to play fair with them. They need to receive all the information that the sleuth does. If the sleuth knows something, the reader should know it, too.

7.  Make sure you’re leaving several clues to the murderer’s identity, but aren’t making them too obvious.  The clues need to be scattered throughout the book or else the reader will feel that the mystery wasn’t fair.  But the reader doesn’t need the equivalent of a neon sign pointing out that a clue happened.  No one wants to figure out the solution to the mystery in chapter five. Find a way to lay the clue but to distract attention from it—maybe another suspect arriving on stage?  A sudden argument between the sleuth and another character?

8.  Use red herrings, but don’t let the red herrings continue too long or be too frustrating. Red herrings mislead the reader and sleuth. Mysteries need red herrings to give the sleuth false leads to investigate.  But if a red herring stretches the entire length of the mystery before being proven wrong in the last chapter, it may feel unfair to the reader…or make it seem that they’ve wasted too much time on a lead that didn’t pan out.

9.  Make sure the suspects’ motives are believable.  Most common motives are revenge, jealousy or envy, self-protection (from the victim divulging something about the murderer or hurting themselves or someone close to them), the need to cover up a crime, personal gain (financial, promotion, etc.), frustration or anger, and love or hate.             ,

10.  Realize you can change your killer—even after the first draft.  Could all of your suspects have murdered the victim? Did they all have motive, means, and opportunity? If you realize, at the end of the book, that your murderer isn’t the strongest choice, you can change the ending with really only minor tinkering.

11.  Have your suspects tell lies and tell truths. It keeps things interesting. No one is 100% reliable, after all.

12.  Consider using “an unreliable witness.” Agatha Christie frequently had a character who everyone discounted, based on their behavior or appearance.  But that character frequently gave clues to the killer—although no one listened but the sleuth.

14.  Provide someone for the sleuth to talk to.  Crime fighting can get lonely.  It’s very helpful if the sleuth has someone to bounce ideas off of. Otherwise, you end up with your sleuth indulging in lots of internal monologue. Sidekicks can also provide a little comic relief, or offer the sleuth a different perspective of the suspects.

15.  Tie up any loose ends.  Oddly enough, there’s a very satisfying and comforting feeling readers receive from mysteries. A lot of this comes from problem-solving in a book.  A serious problem is created, then solved by the end of the book (with the reader’s help, if you’ve truly created an interactive feel to the book.) Double-check to make sure all your loose ends are tied up to help create this feeling for readers.

Are you a mystery reader or writer?  What aspects of mysteries do you find enjoyable to read or write?  Any tips I’ve left out? 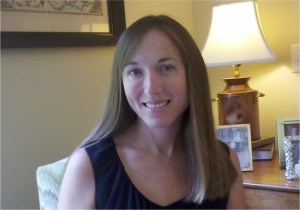 Elizabeth’s latest book Hickory Smoked Homicide released November 1.  Elizabeth writes the Memphis Barbeque series for Penguin/Berkley (as Riley Adams), the Southern Quilting mysteries (2012) for Penguin/NAL, and the Myrtle Clover series for Midnight Ink. She blogs daily at Mystery Writing is Murder, which was named by Writer’s Digest as one of the 101 Best Websites for Writers for 2010 and 2011.